With over 50,000 sq. ft. of clean, dry, fully insured warehouse space, and a fleet of box trucks, vans, and trailers, CIS can be your relay hub with locations throughout Pennsylvania, Ohio, Maryland, Virginia, and Washington, DC. Our expert warehouse management team will quickly and efficiently receive, inspect, and get your shipments redelivered to your site on time.

In the last 26 years, we’ve seen it all. We’ve worked with the major furniture manufacturers, installing just about every type of case goods and panel system that you can imagine. We have had extensive experience installing brand names such as Herman Miller, Haworth, Steelcase, Knoll, Allsteel, Hon and Teknion to name a few.

When installing partitions in an office environment, nothing ever seems to fit right. When you’ve been doing this as long as CIS, you learn that this is the norm. That’s why our installation teams are given extensive training in making appropriate field alterations so that partitions are installed correctly the first time.

Need help making changes to your space? After assessing your goals, a CIS Project Manager will go on-site and take a full inventory of existing workstations, draft CAD drawings, propose possible scenarios, and then choreograph the entire process.

CIS has worked with all of the major manufacturers of mobile file units, including Tab, White, Mayline, Jeter, Kardex, Space Saver, and Times 2. Whether the unit needs to be grouted in concrete, or simply set and leveled, our installers will always make sure that your file units are properly installed.

Did we mention that we’re not just office installers? Whether in school environments, or public exhibition spaces, CIS has proven experience in installing specialty seating, including auditorium seating, church pews, and stadium seats.

Got space? Sometimes overflow can send you looking for a temporary or indefinite storage solution. CIS has over 200,000 sq. ft. of clean, dry, fully insured storage space available on a per sq. ft. basis. Need a way of getting your product to our facility? No problem. We offer pickup and delivery service in all 48 of the Continental United States. 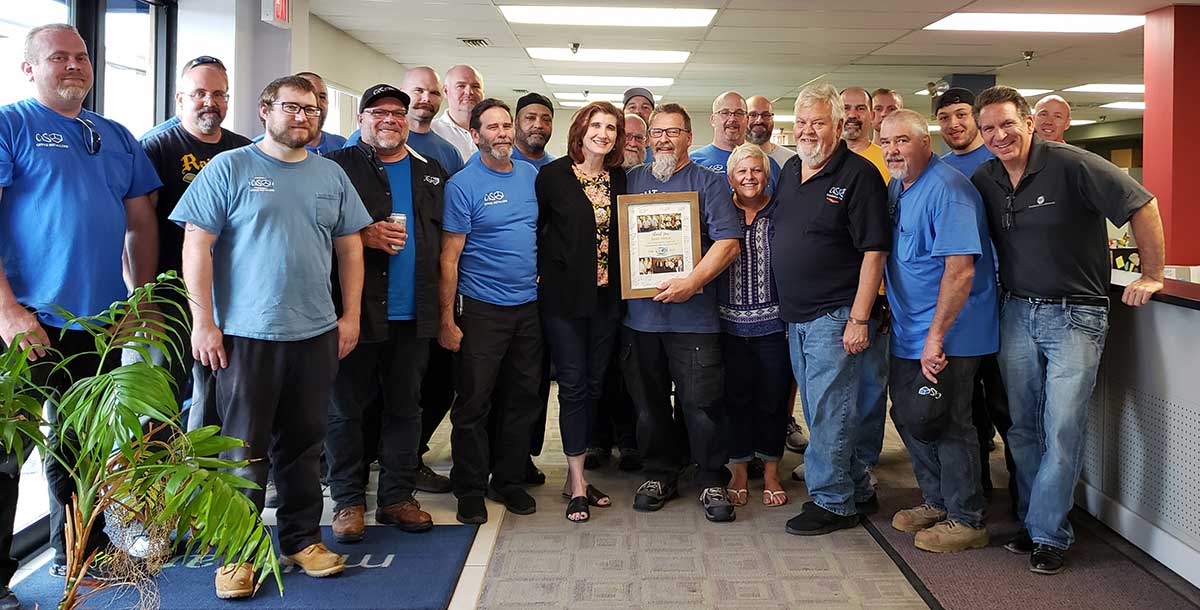 The beginnings of CIS goes back to 1983 when John Vento left Westinghouse Furniture Systems in Grand Rapids, Michigan and returned to his hometown of Pittsburgh, Pennsylvania. CIS began as an independent service company specializing in systems furniture installation. CIS sets itself apart from other installers by providing the highest level of service in every aspect of their work. Although the scope of services has expanded over the years, the commitment to quality work and complete customer satisfaction has never wavered. John Vento started this business with one simple philosophy, “Quality is a personal commitment to excellence”. With this in mind, CIS built upon a foundation of solid people that take great pride in themselves, their customers, and their company.

During the first few years, CIS focused on the assembly and reconfiguration of office systems furniture. As CIS grew, it expanded geographically into Central Pennsylvania, Ohio, and West Virginia and added project management to its list of services. In the late 1990′s, CIS expanded its warehouse facilities and offered clients storage, receiving, distribution, and redelivery of their office furniture systems. In 2005, CIS acquired a larger warehouse and moved its offices to Monroeville, Pennsylvania and inventory management was added to the list of services.

In the late 90′s CIS purchased a MilliCare franchise known as CIS DryCare. The state-of-the-art technology and environmentally friendly products used by CIS DryCare not only keep its clients’ offices looking great but also prolong the life of their carpet and significantly improve the indoor air quality. For over 35 years, the core of its business is CIS reputation for delivering the highest standards of service to its customers every single day. CIS is determined to complete every project on time, within budget, per specifications.

At CIS, everything we do is a reflection of what we stand for as individuals and as a company. All CIS associates are required to fulfill our Standards of Excellence listed below.

We shall perform our work with a personal commitment to quality and excellence.
We shall make safety a high priority in every aspect of our work.
We shall demonstrate a positive, cooperative, and respectful attitude toward our customers and all other associates.
We shall demonstrate a positive attitude with a strong work ethic.
We shall be available to work evenings, weekends and for overnight travel when required.
We shall have the proper tools required to perform our work efficiently.
We shall always be punctual.
We shall maintain impeccable business and personal ethics and never participate in any activity which may be considered a conflict of interest.
We shall always be willing to learn, searching for new ways to improve our skills.
We shall never use vulgar language or display offensive behavior.
We shall maintain very high standards of personal appearance and hygiene.
We shall operate power tools, equipment and vehicles in a safe and lawful manner at all times.
We shall strictly follow our CIS uniform dress codes.
We shall thoroughly understand and follow the policies and procedures documented in our CIS Partner Manual.
CONTACT US

CIS has had the opportunity to work with a wide variety of Furniture Manufacturers over the years which has helped our team become well versed in several different types of systems. 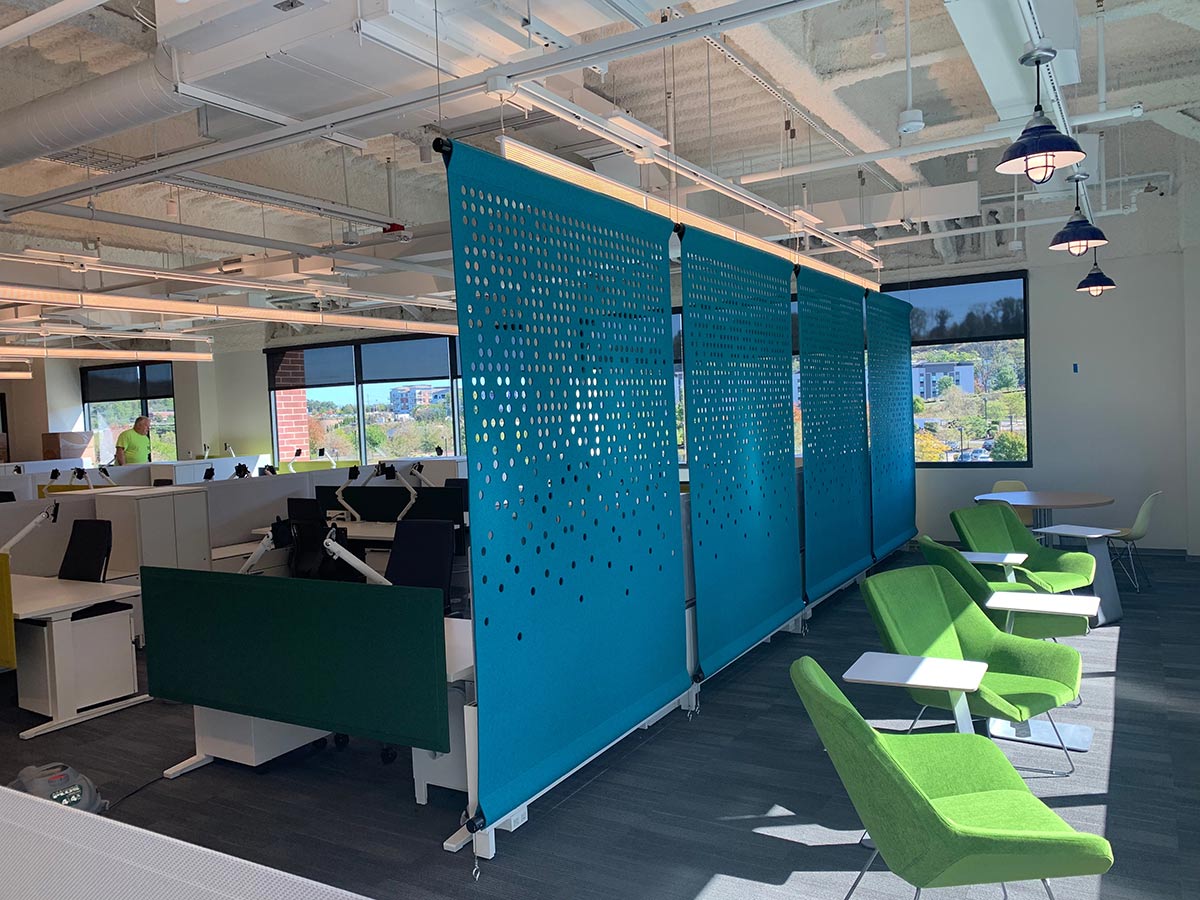 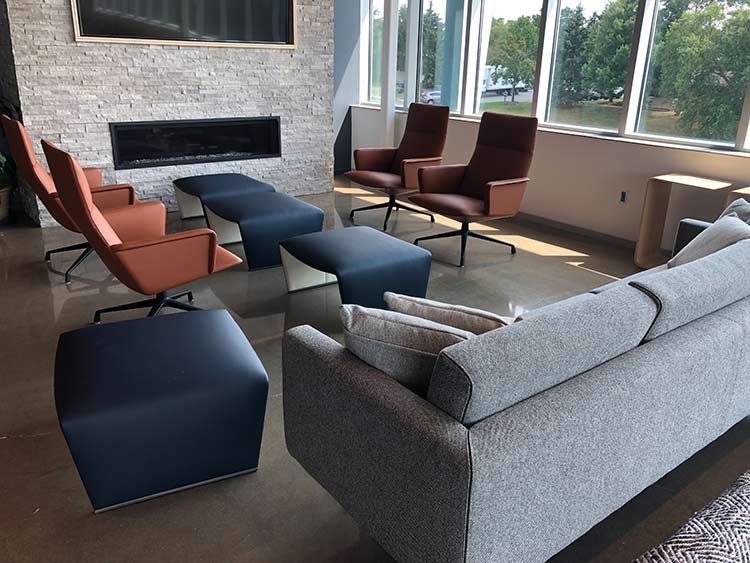 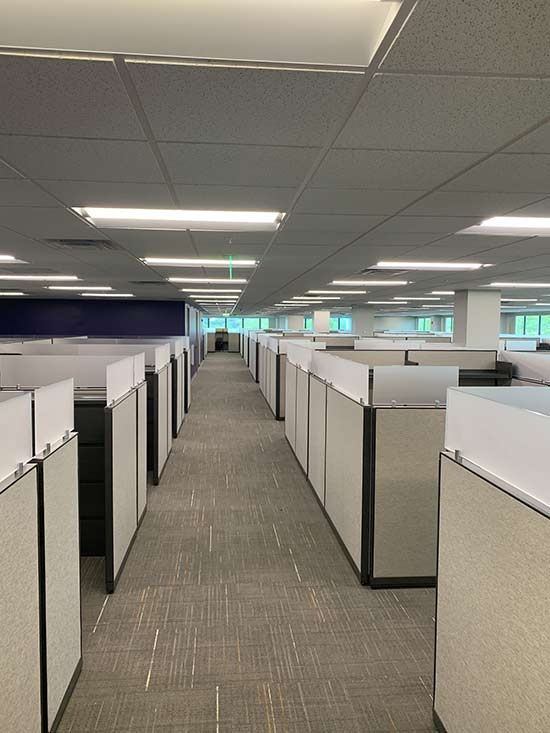 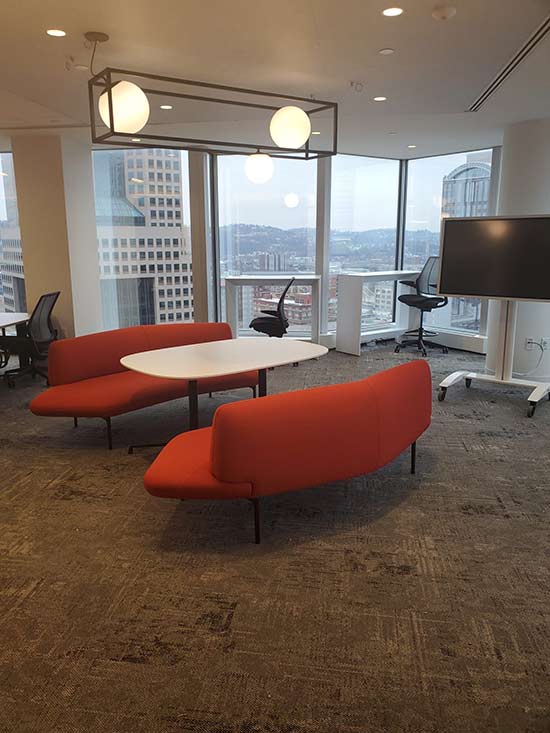 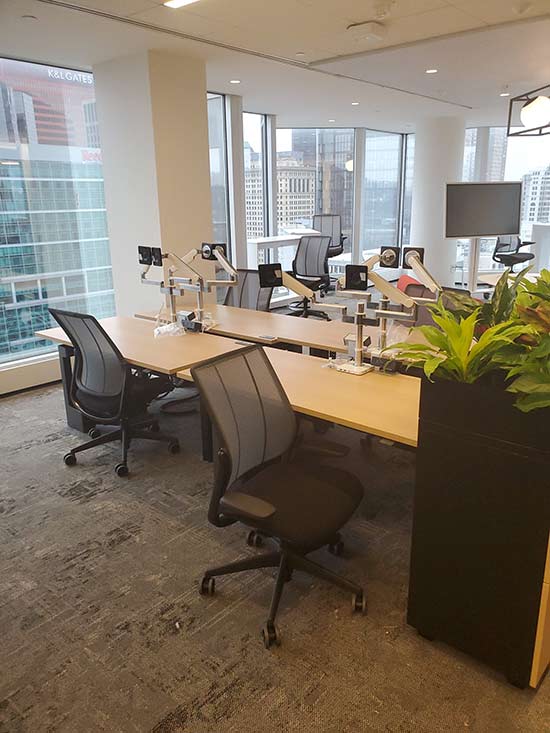 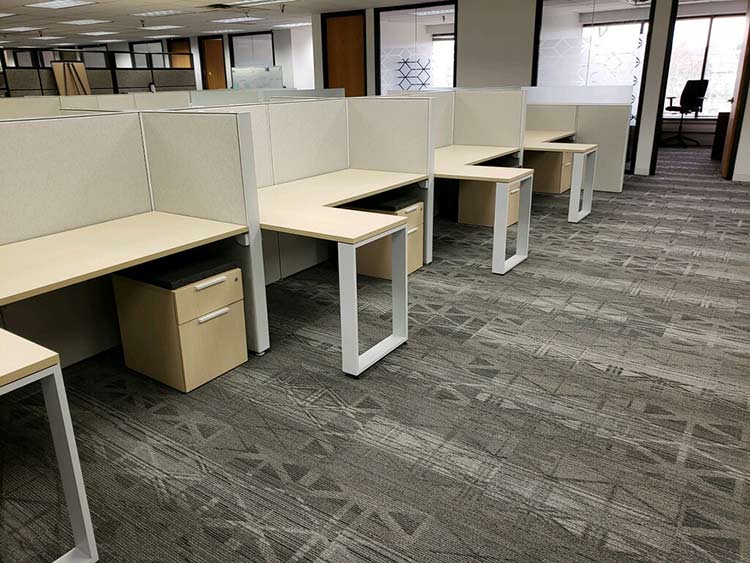 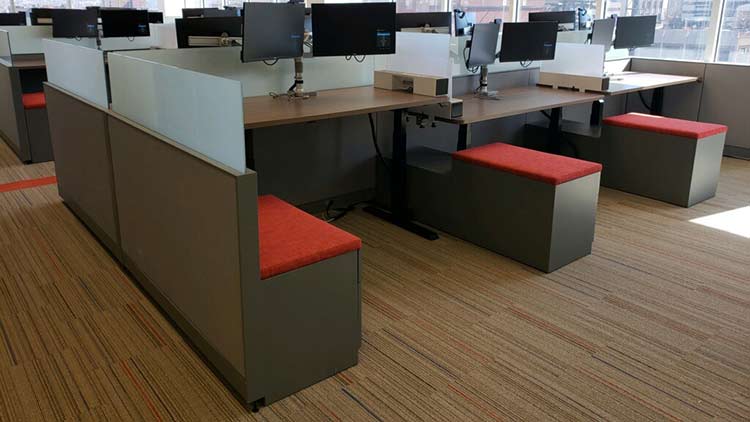 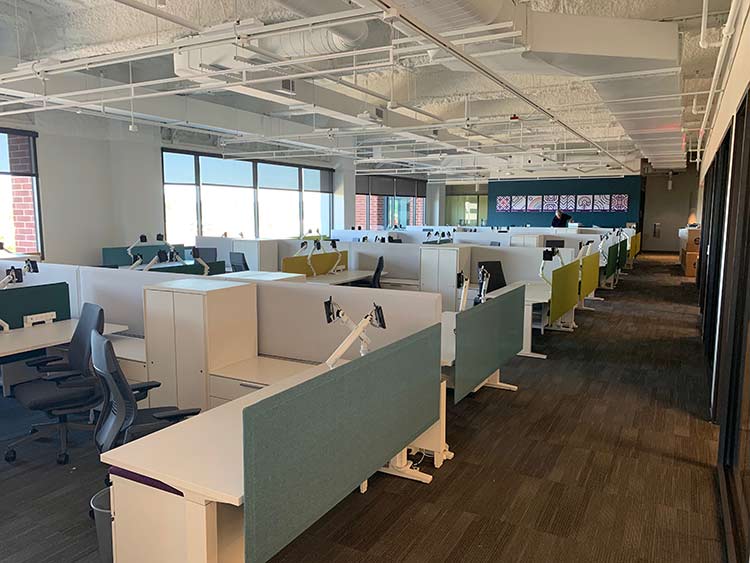 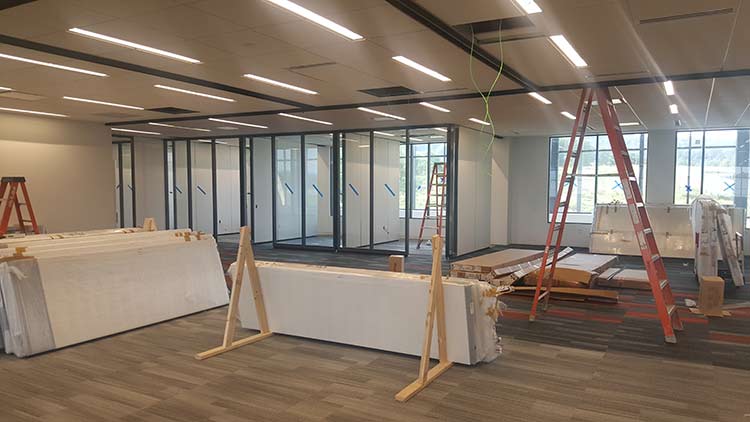 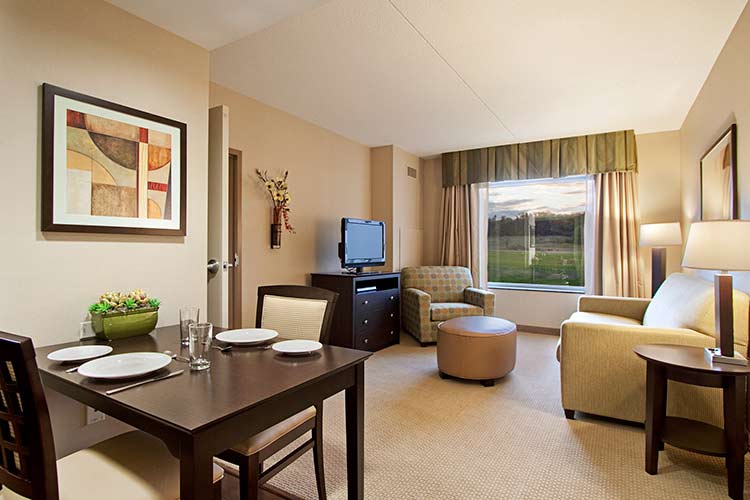